Warzone 2100 is a free, open-source real-time strategy game available for Linux, Windows and Mac. This game was originally closed-source, developed by Pumpkin Studios and published by Eidos Interactive in 1999, but in 2004 it was officially licensed under the GNU GPL.

The latest version is 2.3.4, released earlier this year, on August 12. Let me list some of its features:

- single player and multi player modes
- 3D graphics engine, allowing the use of a 3D camera and angle rotation
- tons of units and upgrades to choose from
- allows fully customisable units 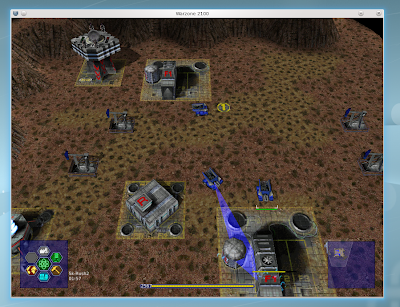 The battles take place in an apocalyptic future, after the world was destroyed by nuclear missiles. The game comes bundled with only a few over a dozen maps, but the official website offers many more, which can be easily installed.

The game can run in fullscreen or windowed mode, and allows to configure the difficulty level, graphics performance items like screen shake, fog, or shadows, and it also provides a way to change the keyboard bindings for all the available actions. There is also an independent random map generator for Warzone 2100 called Diorama, available for download at this website.

The game offers a somewhat different gameplay compared to other RTS names, offering the player the possibility to completely customise the units, by choosing from a very wide number of different upgrades with different purposes. For example, you can build up a combat vehicle by choosing from the types of wheels, turrets, and these can be upgraded after you reach a certain level of development, which can be acquired after building several Research Centers and doing manual upgrades. Same goes for defensive structures like walls or towers.

Viewing the world from a different angle 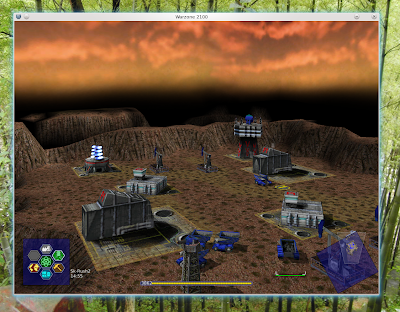 To install it in Ubuntu, just type sudo apt-get install warzone2100 in a terminal, or use the Applications -> Ubuntu Software Center graphical installer.

Considering Linux really lacks native RTS games that can match the ones available for Windows, Warzone 2100 is a pretty decent alternative for those of us who need to run Windows games in Wine.
Posted by Craciun Dan at 9/12/2010 06:53:00 pm

Warzone2100 should be called sleep-wrecker2100 or grade-wrecker2100.
This game is one of my addictions. And, no, I cannot quit whenever I want... I must play and I must set skirmish mode difficulty high enough to get my butt slowly kicked over and over again by the computer.

Anonymous - you said nothing.

LOOOOL, until they implement LAN. I wanna play with mates, over LAN, or using Tunngle. I will appear like a douche if that function does exist, but till now it apperas that it doesn't.

Anyway, Warzone a great game for the buntu's :)

And don't forget the arrival of multi-platform OAD from the geniuses at Wildfire Games.

The only good thing about SC2 is the lore. The game mechanics are ancient in comparison to other five years old RTS games.

Wow its too exciting too play RTS games... I love to enjoy this type of games.... thanks too make entertaining....