As the title suggests, TORCS is a free and open-source racing simulator available for Linux, Windows and Mac OS X. I'll list here some of its features: 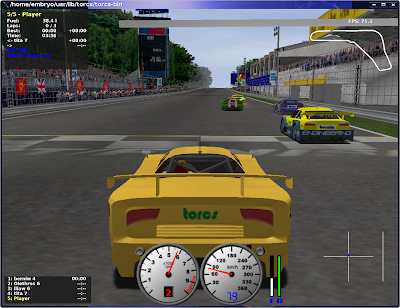 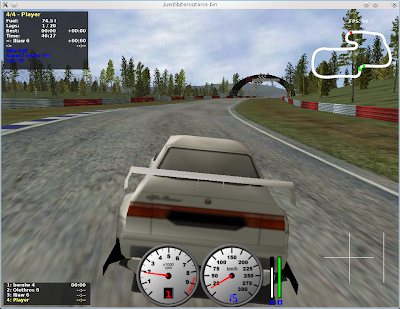 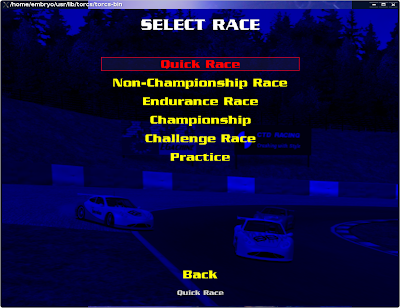 The official website offers links to several more tracks, cars and robots (AI drivers), like this or this. You can install these new tracks and car models by downloading and extracting the archive for each, and then copying the tracks in:

Replace the path with the one where TORCS is installed if you compiled it manually and used a different installation prefix.

One of the beautiful features that really impressed me is the possibility to increase or decrease how the time passes. For example, pressing Shift++ (Shift and +) will increase the time, and thus making the speed look like it has doubled or tripled. To go back to normal time, just press the - (minus) key. The feeling is amazing! 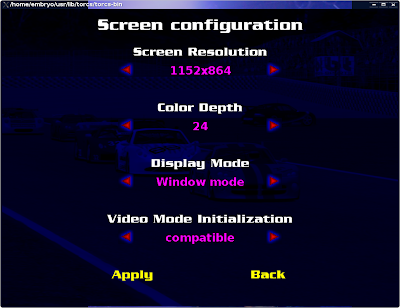 I encountered crashes (output in console was segmentation fault) several times when starting a new race, I guess this is a small problem, but it does not happen often. Hopefully this will be fixed in 1.3.2. 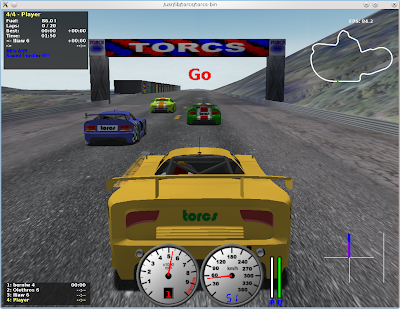 Overall, TORCS is pretty decent for a racing simulator, with one minus being the old graphics, but otherwise, it can keep you busy for hours.
Posted by Craciun Dan at 9/13/2010 03:06:00 pm

There is also 'Speed-Dreams' which is a fork of TORCS, looking to improve gameplay/graphics/etc...

The Dev's are working hard on a 2.0 release expected later this year. Alphas and SVN available.

Thanks for the tip, I'll have a look at it.

Really? I'd really like to see a new release with improved graphics and such, maybe I'll try to compile it from SVN. Thanks!

Could you please upload some screenshots of the SVN build of the 2.00 alphas?

I just found TORCS the other day, I'd completely forgotten about it. It's quite old school now but the thing I like is the fact it's open source so what you can do is limited only by your imagination (and dev skills). I love designing and uploading outrageous/random car models and tracks, I get a lot more entertainment out of this game than any of the Grand Tourismo releases.