I'm sure most of us were put before in the situation of discovering a new great application, but had to stop and try to figure out how to actually read and spell its name letter by letter.

I'm not going to talk about the codenames of the Ubuntu releases (or the Wesnoth computer generated unit names for that matter), instead here are several applications which I found to have a funny name and/or give a real headache when trying to read or pronounce them the first time. I'm sure the persons who speak the language from which these names were borrowed don't have a problem with it, but the rest of us find these at least a little strange.

Guayadeque - (I hope I spelled this right) - This is a music player using wxWidgets which integrates well in GNOME. According to the description on the SourceForge project page, Guayadeque aims to be intuitive, easy to use and fast even for huge music collections. Don't ask me where the name comes from, because I don't know. If someone could enlighten me, please do so. Guayadeque comes with a pretty rich set of features, including music library, Last.fm song submission, lyrics fetching, cover fetching, podcast support, fullscreen mode, system tray integration. 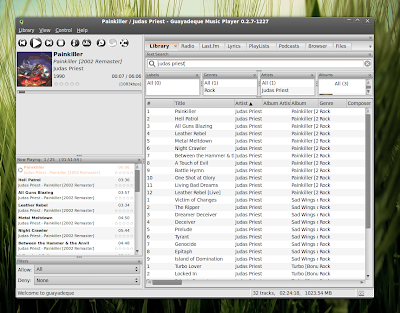 Kazehakase - Kazehakase is a web browser which uses the WebKit or Gecko layout engines, with its name coming from Japanese, apparently having no actual meaning. The browser features tabbed browsing, mouse gestures and customizable UI menus.

DeaDBeeF - Yet another music player for Linux with a strange, if not even a little creepy name, DeaDBeeF comes with a clean and simple interface which can be organized in tabs, includes radio support, tag editing, cover fetching, a nice equalizer, audio scrobbler, global hotkeys. Most of the features are supported via plugins. 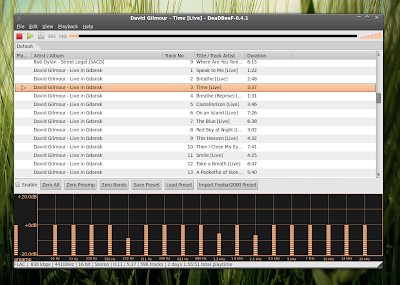 Pidgin - I agree, while this one's not 'strange' in the true meaning of the word, it's a clever matching, and the same goes for RSSOwl, an RSS and Atom feed reader for Linux.

abcde - It's not the alphabet, but A Better CD Encoder. abcde is a frontend to cdparanoia, and allows you to encode audio CDs to formats like FLAC, Ogg Vorbis or MP3 in command-line mode.

Yakuake - This is a drop-down terminal for KDE which can be hidden/showed just like the console in games like Quake, by using the F12 keyboard shortcut. 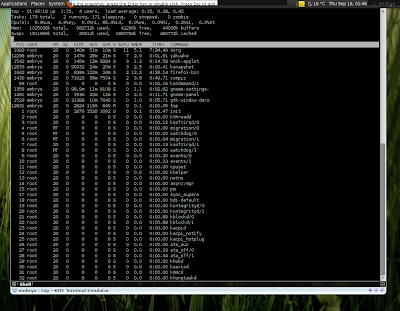 Along with those listed above, there used to be a time when any application in KDE (the KDE3 days) had one capital K in their names (well, actually the tradition continues today, but with a few more exceptions now). Take KRegExpEditor for example.

I'm sure I can't cover all of them, because there are so many. Have some more applications with peculiar names which you'd like to share here? Please do so in the comments below.
Posted by Craciun Dan at 9/16/2010 01:48:00 am

nebyah's law: Programmers must never be allowed to name anything.

See this for a description of what Guayadeque is
http://www.sanmarkotravel.com/en/Vacations/Canary_islands/Grand_Canary/Guayadeque.aspx

Great! Thanks for all these cool additions.

I agree with the author, there are some awful linux application names out there, and many many subpar ones. And, there is a complete void of 'Great' names.

I for one could come up with names that are much better. For example, a graphics editor named Xkeoper would be cool. A sound player "Soni!looC" (very neat, It's "Sonic" with "COOL!" ammendented to it, but in reverse for a nifty twist in logic -- get it). We should have names that are cool like these from now on!!

I wonder if 'sex' is an extension one could get here. Thanks for the addition!

One that most Linux users don't bat an eyelash at but always seems to need some explanation to people not familiar with the program is GIMP.

I dont mind the various names as much as the unilingual anglophones but Choqok is my favorite for guffaws.
Needless to say that when my sons grade school friends show up at our place and play on our main computer, there are lots of giggles when theyre talking about 'choke cock'.

And honestly, were all 5th graders deep down....

kazehakase: Something like "The professor's wind". Interpret as you may.

(BTW, nothing a quick search in Google wouldn't have unearthed at first try...).