Decibel is a music player built in GTK which takes a different approach when it comes to the way features are implemented, and that is, Decibel uses only plug-ins which can be enabled or disabled on demand. This makes it either a pretty featured player, or a very simple and basic one, depending on which plug-ins you need enabled.


Decibel integrates well in GNOME and follows its HIG 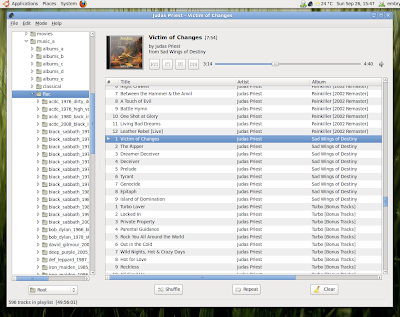 The first thing I liked after opening Decibel was its slogan, which goes "...And Music for All" (Metallica anyone?)

The interface is clean and simple, and according to the official website, it follows the GNOME HIG (human interface guidelines). To the left there is a tree view listing files and folders which can be be added to the playlist. It also includes three view modes, full mode (shows everything), playlist mode (shows only the playlist), and mini mode (shows only control buttons, cover - if enabled, artist, title and album).

Although Decibel may seem simple at first, this is because all the plug-ins (except the File Explorer) are disabled by default. You can turn Decibel into a pretty powerful player by turning these on. Here is a list of the plug-ins (which can be accessed via the Edit->Preferences menu item) bundled with Decibel: 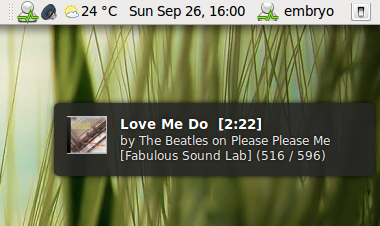 - Equalizer: 10-band equalizer (no presets at the moment)
- File Explorer - browse through files and folders and add them to the playlist
- Instant Messenger Status: allows to set what you're listening to in your status message, with a configurable message (e.g. ♫ {artist} - {album} ♫); I tested it with Pidgin and it works, for Empathy it didn't seem to work though
- Library: organizes music by tags
- ReplayGain: normalize volume
- Status File: generates a text file with the current status
- Status Icon: system tray integration (not configurable)
- Twitter: update the status of your Twitter account

Plug-ins and the equalizer 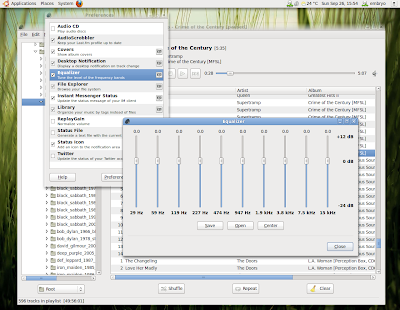 To install Decibel in Ubuntu, type sudo apt-get install decibel-audio-player in a terminal. 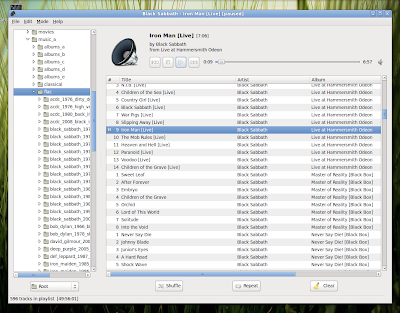 Decibel is very nice, and its strong point is definitely its modularity, allowing you to turn it from a basic player into a more complex one.
Posted by Craciun Dan at 9/26/2010 04:04:00 pm

Very nice, but I prefer to use Guayadeque Music Player

Suppose if your some kind of folder hierarchy loving nutter, this may appeal to you. To each his own.

remixed exaile, why do we have so much simple media players, but no nautilus integration at all... :-(

@anonymous agree. Not sure how you'd want something integrated with nautilus?