Qmmp (Qt Multimedia Player) is a Qt-based audio player for Linux which resembles the appearance of XMMS (and Audacious for that matter), so users of these two players which want to have a player which integrates well in KDE will probably want to give it a try. 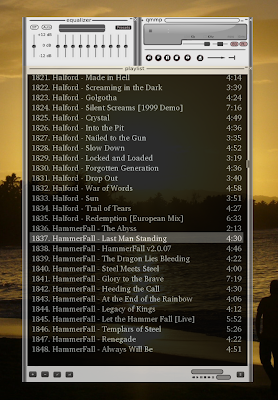 Qmmp uses mplayer for audio output and presents an interface very similar to the one of XMMS or Winamp 2.x for Windows, supporting their skins too. The options Qmmp offers, and also the keyboard shortcuts are the same with the ones used by Winamp (e.g. J to open the Jump To Track window, C to Play/Pause the current song, V to stop playing and so on). 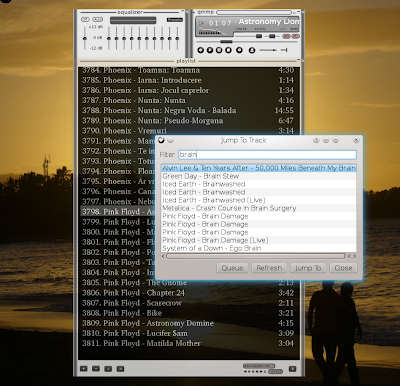 Qmmp has a 10-band equalizer, comes with an analyzer plugin, and allows you to configure several aspects, including change the font face and size for playlist and player windows, double the size of the player window, change transparency for the main window, playlist and equalizer window, edit track tags, show pop-up information.

In addition to these, Qmmpcan fetch local album covers and bundles a decent number of plugins which can prove very useful. Some of them: 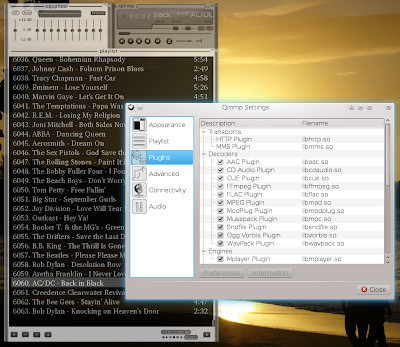 Final conclusion: if you like XMMS and use KDE, then Qmmp can be a perfect choice. On the other hand, for those used with collection-oriented players like Amarok will probably not like this player.
Posted by Craciun Dan at 9/14/2010 09:26:00 pm

I feel this is like Winamp for Linux. I've been looking for this for a long time. XMMS just doesn't cut it for me.. QMMP is more like it.

Looks nice. I'll give it a try.

Great thing too with Qmmp is Winamp skin support. Works like a charm.

I used xmms every day many years ago. I've been using Amarok for about 5 years no, but I'll give this a try. Thanks!

Does QMMP have Voice Removal and a LADSPA Host? If not, I'll stick with Audacious.

Was seeking an easy install for ProjectM (Milkdrop visualization found in Winamp) as I migrated to Linux. Ubuntu 10.04 App. Software Center has Qmmp with ProjectM plug in. Highly recommended! Yes - it will use your favorites without any fuss. PS I also like Exaile - Linux is great for constantly trying something new...

A nice player but still a little buggy... I hope it gets polished a bit more.