I took some time today to install and take for a spin the latest version of KDE4 today, release 4.3 RC1. I installed the packages from the Kubuntu backports repositories, as explained in this tutorial. All the screenshots were taken at 1280x1024 and desktop effects enabled.

The first change it jumps into the eye is the new Plasma appearance, called Air now. It is brighter than the old one, but I found it looking not so appealing, at least not for the desktop widgets. Here's how the desktop looks in Kubuntu Jaunty, with several widgets running on the desktop: 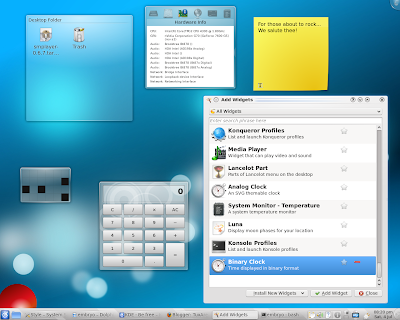 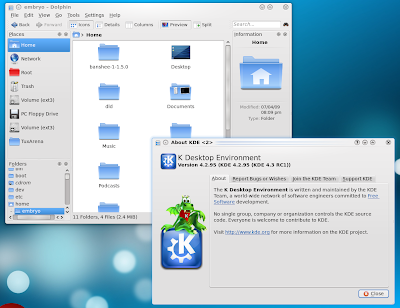 KRunner received several great improvements: it now displays the applications to be run as a list (see screenshot) and this list can be customised too. See below: 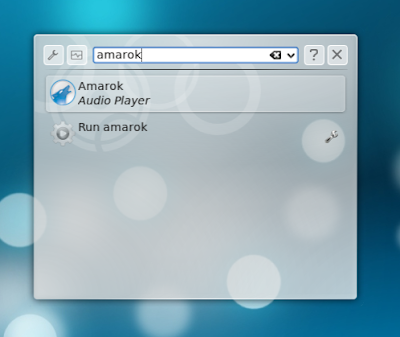 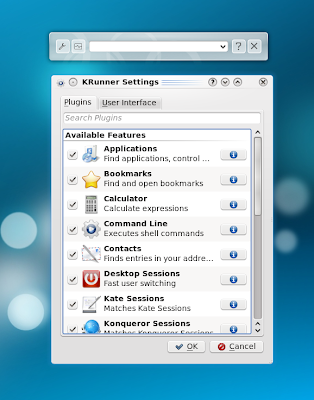 According to the announcement on the KDE official website, this release got many Plasma improvements, several game updates, PolicyKit integration, and several other changes or improvements.

For those who like desktop effects a lot and have a video card capable of supporting OpenGL, a combination of wobbly windows + window transparency and the magic lamp minimize effect should be very satisfying. 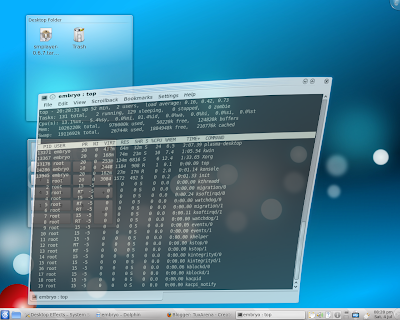 I noticed plasma-desktop eats constantly 30% CPU (Core 2 Duo 1.8GHz, 1 GB DDRAM2 and nVIDIA 7600GS), which is a lot greater than in KDE 4.2 which comes by default with Kubuntu. Still, this is just a release candidate, and the upgrade was performed over an existing KDE installation using dist-upgrade in Kubuntu. 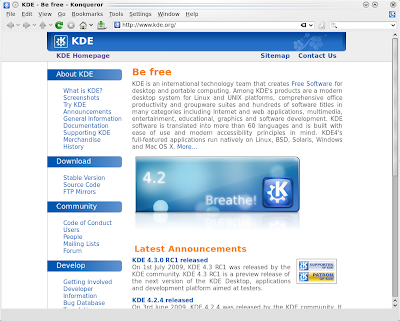 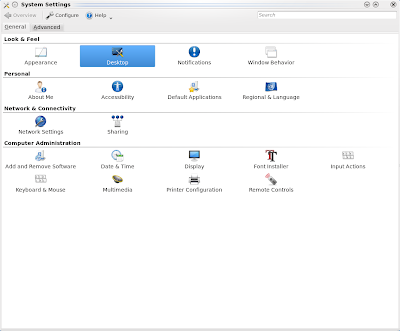 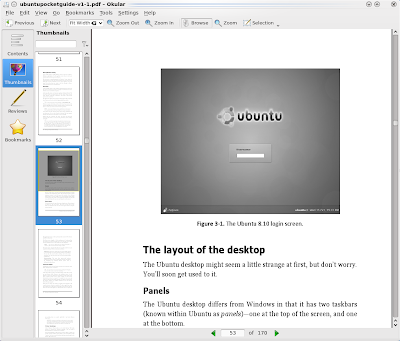 Gwenview is now included in the KDE distribution 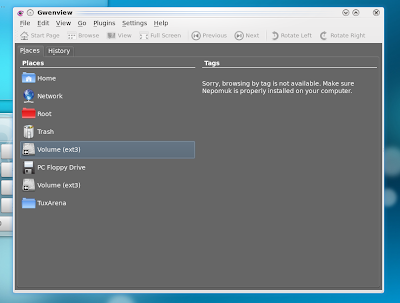 I think you might be confused it isn't Aero, the new plasma theme is Air.

My mistake, thanks for this correction.

Don't like the new air theme hey. I think the new engraved circles thing on the plasmoids is cool.

Could be an ATI/nVidia driver thing but your desktop effects are set higher than mine.

Turn them off and see if thats the culprit.

I was able to get kde 4.3 rc1 installed from instructions. The functionally and look is definately improvement over 4.2.. I run dual monitors and I wish they (KDE/Nivida) could get is so I could save the configuration after boot up, so I didn't have to reset it each time I log on. If Fedora can do it, you wonder why can't Kubuntu can't do it. Other than that glitch I really do like KDE 4.3. I really do appreciate your postings those instructions.

Tom, I encountered something which seems like your problem upon installing Kubuntu 9.04 with the nVIDIA drivers, and the problem went away after running nvidia-settings with root privileges kdesudo nvidia-settings and, after setting the resolution to use (in the X Server Display Configuration tab), I clicked Save to X Configuration File. Make sure to backup your /etc/X11/xorg.conf file before doing this (sudo cp /etc/X11/xorg.conf /etc/X11/xorg.conf.mybackup). Then go to KDE systemsettings (I'm not sure whether this one is necessary needed) and set the resolution there too. The problem should disappear.

Could be an ATI/nVidia driver thing but your desktop effects are set higher than mine."